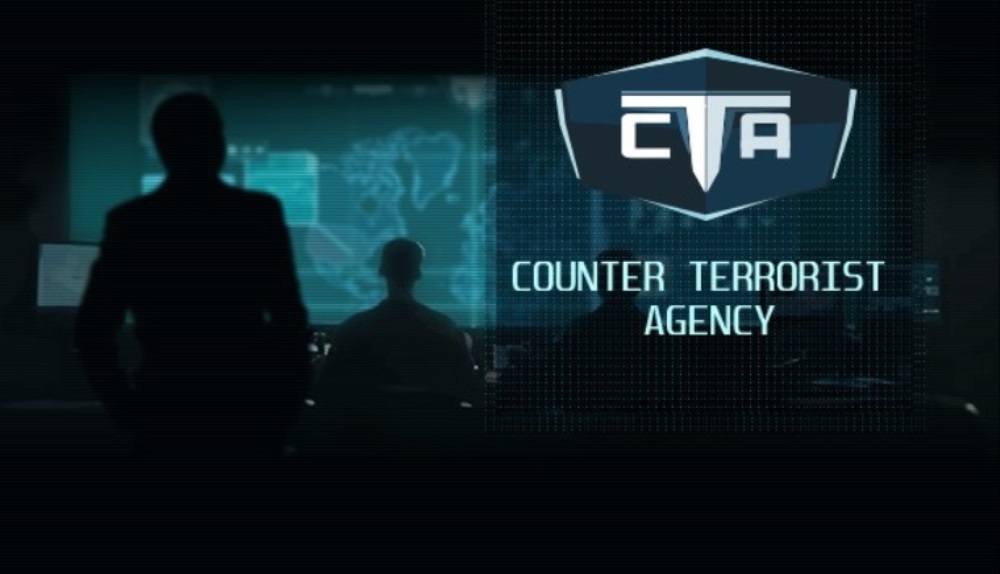 Counter Terrorist Agency is an upcoming tactical title from Polish independent studio WarSaw Games. The studio just launched a Kickstarter campaign and we had an opportunity to talk about the game Paweł “Fleczer” Flanc, one of the co-founders of WarSaw Games. Pawel is a graphic designer, music composer and sound designer at WarSaw Games. He has worked in music industry for years and was honored with 5 golden plaques for various albums and singles. Paweł started his adventure with game industry in 2016.

Could you briefly introduce yourself and the game as well?

We are a bunch of friends, who decided to create something together. Our origins are in the software, e-commerce and music industry. Counter Terrorist Agency is our second game, which will be published worldwide. Our game is a combination of real-time strategy and manager/simulation game. In CTA your task will be to manage the most modern organization, fight international terrorism, and prevent attacks all over the world. You will be able to use modern invigilation techniques, discover connections, listen to suspicious phone calls, read private conversations, interrogate suspects, eliminate threats and dismantle terrorist networks.

We can see some similarities between CTA and 911 Operator, but what do you think are the main differences between these games?

At first glance they might look similar, in both cases you are about to manage various units and react accordingly to situations. Main difference is, of course, topic but in CTA, as agent you need to analyze phone calls, read emails and short messages, various conversations via social communicators, pick suspicious citizens, tap them, get intel if he/she is a member of a wider network, or maybe he/she is a lone wolf. You will need to make moral decisions, choose between lesser evil. It won’t be easy. 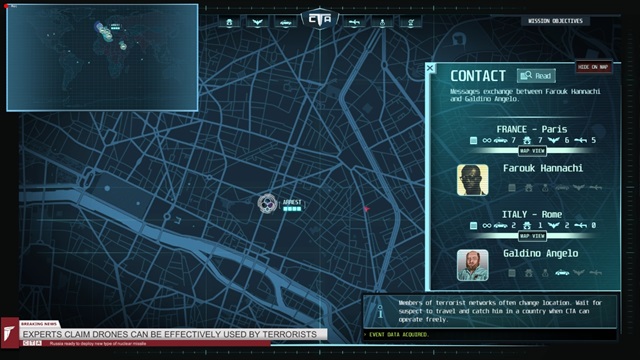 The game is based on a quite difficult topic. Why did you decide to make a game about fighting against terrorism?

Well..we had second thoughts. We knew the topic is quite hard, a delicate subject, particularly at the moment when world tries to find a way to deal with terror and when the majority of a modern society has been, more or less,  touched by this matter. Having this in mind we knew from the very beginning we have to watch out our steps. So why we actually decided to bring up this issue? We want to show people that terrorism doesn’t have colour of skin, it’s not the matter of any particular religion and certainly it doesn’t have nationality or ethnicity. It’s the war of convictions.

Does your game refer to any real-life events or aspects?

Absolutely not. We do not want to refer to real events, because we do not want to harm anyone. We take terrorism under discussion in general, but we don’t dwell on any particular theme more than the other.

Why do you need a campaign on Kickstarter to finish the game?

The answer is simple. We want to implement wider content, more scenarios, more phone calls, emails, texts. We believe that thanks to that we can provide the better feeling of an actual scale of a modern problem, which the global terrorism undoubtedly is.

Are you considering that you would launch the game on Epic Games Store as well? What are pros and cons of this platform in your opinion?

We are aware of the fact that the war between Steam and Epic Games Store is a hot topic right now. To be honest it seems that it will take a long time for Epic Games Store to stand tall and become a real threat to Steam. People has dozen and dozens of games attached to their steam account and the only possible weapon Epic could fight with, are exclusive titles. To sum up, at the moment we do not plan launching on Epic Games Store as the Steam community is still bigger. But we will observe with great interest, where is that war going to.

Could a tactical game like this one be ported for consoles? Are you considering this?

Yes, why not. Of course it would be more challenging than a simple platform game, but still, there is a chance to see CTA on various consoles.

To sum this interview up, what is the most important aspect that should motivate us to play the game?

If you are a fan of Plague Inc, Orwell or 911 Operator then Counter Terrorist Agency is exactly for you. Besides, who would not like to feel the power the head of such agency has? Sneak a peek at someone private life, decide somebody’s faith, upgrade agency and try to prevent possible terror. Who is innocent? Who isn’t that saint? When exactly should you step in, take an action?  Is it ok to get rid of a problematic suspect? Your decisions matter. So, if you are keen on playing in mix of a real-time strategy and simulator/manager game, then Counter Terrorist Agency is suited for you.

Thank you for interview.

You can find the original version of this article in Slovak on www.sector.sk.