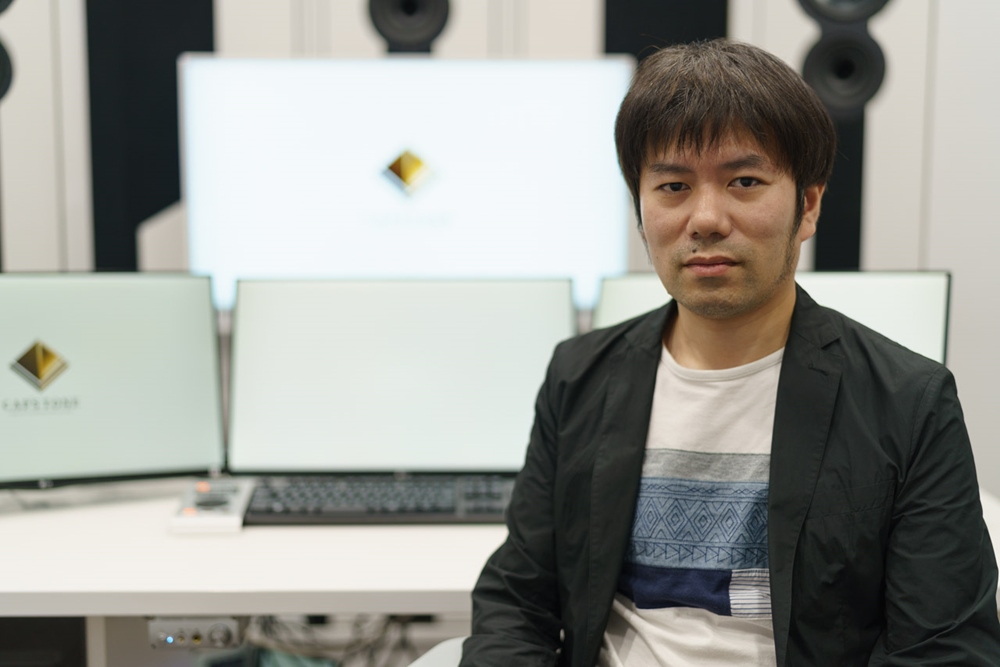 Devil May Cry 5 has managed to captivate players not only because of it’s addictive gameplay and impressive graphics, but many fans will also remember the game by it’s soundtrack loaded with heavy rock music, catchy tunes and eery songs. After our interview with DMC5 producer Matt Walker, we took to the game’s lead composer Kota Suzuki to talk about the sound and musical aspects of the game. Suzuki has not only worked on both DMC4 and DMC5, but you can hear his music in other Capcom titles, including the Resident Evil series. In this interview, Suzuki gave us some details about composing music for Devil May Cry, while revealing the 3 most important aspects needed for creating music for AAA titles.

What is the process of composing music for a game like Devil May Cry 5? With what kind of material from the game do you work with (e.g. artwork, animations, story) and how much do you collaborate with other game departments?

In the beginning of development we’re still working on the art and animation, so we compose while referencing the scenario, concept art, character, mission and enemy design docs and cutscene storyboards and previz.

As more of the game gets built out, we begin to compose while playing the game in RE Engine. It’s also incredibly important to get input from the director, level designers and programmers when choosing how the music is going to work out, so before composing we have many discussions about what musical elements will be necessary for the feeling we’re trying to convey to the player – once all of that preparation has been done we begin composing. It is absolutely vital that we’re all on the same page about what the finished game should be like.

What kind of atmosphere did you want to create in DMC5 and what kind of music, sound or genres did you use to achieve that?

When I first read the scenario and saw the first couple pieces of concept art, it felt like the end of the world. As such, I was very particular about emphasizing elements like chaos, a worn down atmosphere and ephemera when arranging and considering the musical footprint.

We used a plethora of genres – cinematic orchestra, classic, EDM, industrial rock, metal, hard techno, djent, ambient... But because all of these genres were to express the same world, we made sure that there was a consistency throughout them.

Did the game’s director Hideaki Itsuno give you any specific instructions on how DMC5 should sound and how much creative freedom were you able to retain while working on the soundtrack?

Itsuno-san left the specifics regarding music to the sound section, but he would give direction and checked the more important songs. For instance, for Nero’s battle theme he wanted something that felt new to the series, with elements that younger people would like, and for mission exploration he wanted a tone that would stick with you. For cutscenes he might say, “I want this cutscene to be the most exciting, so it should leave an impression.” He was also very interested in interactive music, so it was actually his idea that the battle themes start with an intro, and then proceed to the verses once you begin your skirmish with enemies.

Did all the composers work on their own separate material for the game or was there some collaboration between them?

We had a total of 8 composers contribute. We collaborated with John R. Graham for the battle themes and Urizen. For the other songs, as a rule we considered which composer would be able to best bring out the personality of the song and divvied them up that way, though there are a couple songs that were indirect collaborations by means of remix or arrangements. The blend of all of the different personalities of our composers helped increase the overall variation of the songs. When remixing or arranging a song by another composer, you’ll notice things that they might not, which provides a fantastic stimulus.

DMC5 introduces a dynamic soundtrack that changes according to the rank status. Could you give us more details about this feature and its development?

To put it plainly, the song will change based on your Style Rank and the status of the battle. When you’ve entered into an encounter, the intro will begin playing, and then once the first attack has landed it kicks into the first verse. Once you’ve hit Style Rank S or better the song then proceeds to the chorus, and finally once you’ve exterminated all of the enemies the outro plays. If your Style Rank decreases at all throughout the battle it will return to the verse part. This does mean that you may not get a chance to hear the chorus if you don’t achieve an S rank, but our hope was that this would in part provide motivation for the player to want to get better at the game.

Partly so that the people that who never make it to S rank could still enjoy themselves, we increased the different verse configurations and made it so that different verses would play randomly. For about a year after the beginning of development, we used the pre-production versions of the songs to try different tests and have numerous discussions to finally brush up the music.

Devil May Cry 5 has been released 11 years after DMC4. Do you think that people’s taste in music has changed over such a long period of time and did you try to reflect on that during your work on the soundtrack?

I do think that with the flow of time, people’s tastes and what they want from music changes, so we have been cognizant of that. It’s also been 3 or 4 years since we started working on DMC5, so there are some songs that made it into the final game which are now several years old. We had many discussions within the sound team about “what kind of music can stand the test of time? What kind of music can we make that won’t feel dated?”

Did the music from any previous Devil May Cry game influence your work on the fifth installment?

Of course! DMC5 certainly exhibits originality on its own, but we very much made sure to build upon the “soul“ of the music from the rest of the series. Specifically – „music that rocks“, or in other words, music that doesn’t follow too closely to theory, music that sounds cool and clearly exhibits originality. One other thing – „music that has a tinge of death“, or in other words – that you can still feel fear or coldness from the song, even if it’s upbeat. It needs to have dark elements. I think the key point was that the music preserved these 2 points.

Of course, we’ve also purposely paid homage to certain elements from the past games as well!

Regarding the upcoming special edition release of DMC5 soundtrack on CD and vinyl, have you considered during the composing process that people might want to listen to your music even outside the game?

Indeed. For Nero, Dante and V’s battle themes our goal was that the songs would be enjoyable on their own, and also feature interactivity during game play. The arrangement for these songs on the record is structured slightly differently from the game, so I’m hoping people will enjoy that. We also tried new things from a promotional standpoint – putting the songs out on digital storefronts prior to the release of the game and creating music videos to name a few. I would love it if there were people who learned about DMC5 through the music and chose to buy the game that way.

The main character’s themes were all composed by American artists. Can you tell us why Capcom made this decision instead of choosing Japanese composers to make music with English vocals, as in the previous installments?

This all goes back to the previous question, but our intent was that we would create battle themes that would be accepted worldwide. As such, we decided to go all in and collaborate with composers with a great musical sense and experience under their belts. Of course, if the music doesn’t match up with the game it would actually get in the way of the enjoyment of the game, so we were sure to provide feedback and direction, and I think the end result was a wonderful collaboration. Those composers are also all fantastic producers, which was another reason we wanted to work with them. I think it really helped to create awareness for the music in Devil May Cry beyond anything we’ve done before in the series. It was a new challenge for us, but that’s why we utilized these artists.

Are there different expectations regarding music in video games from players in Japan compared to the western market? Do you keep that in mind when you compose music for games aimed at global audience?

I think gamers in both regions share the same expectation that game music should help make the game as fun as it can be, and should help excite, or move players. Maybe there are differences in the sense, or tastes between countries or regions in terms of the approach to composition, but if that’s the case it’s not just music – but you can say that about games themselves as well. We do consider those differences, but not too much – it would be worse to focus on that too much and lose our own values.

I think 3 things that are important to creating music for high end games are, 1. understanding what the game needs from the music, 2. never losing your own values and 3. cooperating so that the composer best fit for the song or element is given that chance. We had an absolutely fantastic sound team on DMC5.