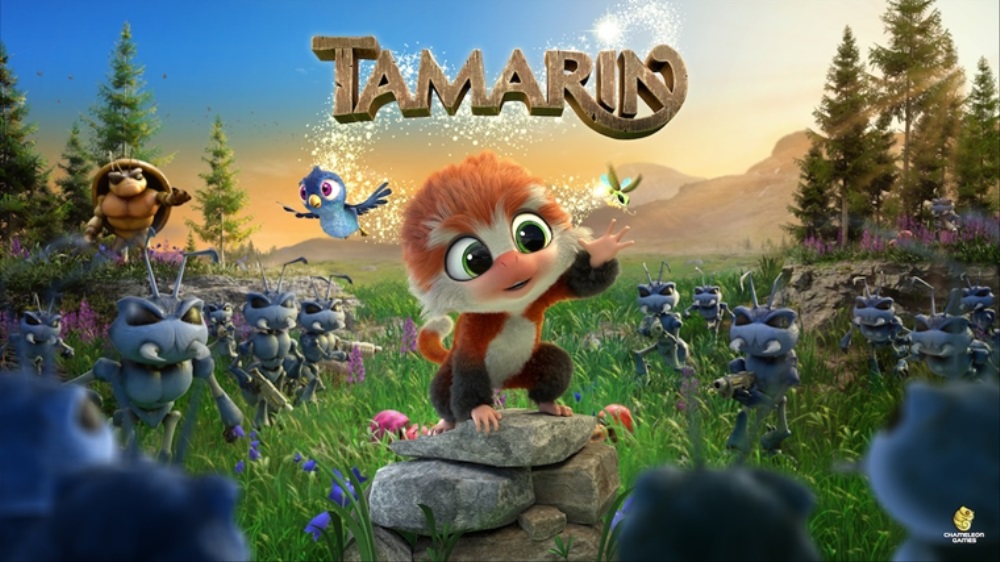 Tamarin is an upcoming third-person action-adventure game set in beautiful Nordic scenery, starring the world's cutest monkey made by Chameleon Games. The game is directed by Omar Sawi, who has brought on an all-star cast from Rare’s golden era to help execute his creative vision. We had an opportunity to interview not only Omar Sawi, but Donkey Kong 64 artist Richard Vaucher as well, who leads the art production.

Tamarin seems like a combination of many different ideas (in terms of gameplay, concept, environments...). Where did you get the inspiration for all these elements?

Omar: The essence of creativity, of dreams, is when thoughts and ideas from different places blend together and create something new. So in terms of gameplay, we wanted to merge shooter games with platforming games and adventure. It’s nature against industry, since in our world there is a real fight where forests are being burnt down and used for industry or exploitation. Contrast is a very important concept in the game, where open and natural spaces alternate with closed, industrial, claustrophobic places. Intense action alternating with peace, exploration and contemplation. Goal oriented gameplay changing into search based gameplay, hopefully this dynamic can create surprise and variability that keeps things interesting and fun to play!

Tamarin is inspired by oldschool action platformers, but why did you decide to add guns into the game?

Omar: There are plenty of platformers with guns. Conker, Jet Force Gemini, Ratchet and Clank, Jazz Jackrabbit, these are fun games. It’s nice if the game isn’t seen as only a cute, kiddy game, and has more of an edge and a lot of intense and exciting things happening.

What kind of message are you trying to convey with this game and why?

Omar: That nature is beautiful, that there are a lot of beautiful natural locations, a lot of cute animals, beautiful plants and species, they’re worth caring for. The ants in the game are many, cultured and powerful - they work in groups, they build and invade, they dance, they have weapons. But we shouldn’t act like them - driving out other living things on the planet, but to realize all the wonderful life forms on Earth that could go extinct, which obviously includes tamarins!

When you look back at the development of Donkey Kong 64 and compare it to Tamarin, what are the main differences in development then and now?

Richard: On Tamarin, there's a lot more to do in different areas than I did on Donkey Kong 64, as we're a much smaller team and I am responsible for many more aspects of it, including animation, modelling, texturing and lighting. 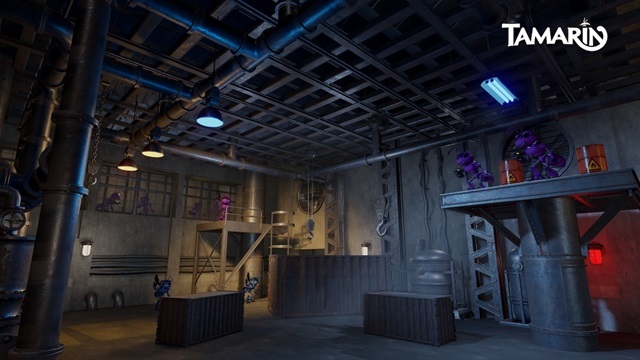 The game has been 5 years in the making. What was the most difficult part of the development and why?

Richard: There are a lot of tricky optimisations and technical challenges I wasn't used to before - like using custom tools created for this project.

What do you consider to be the most interesting part of the game?

Richard: On the development side of things, I found it interesting seeing the levels coming to life after painting, set dressing, lighting. And playing through them. I like the exploration in the game; running , rolling and leaping, basically monkeying around.