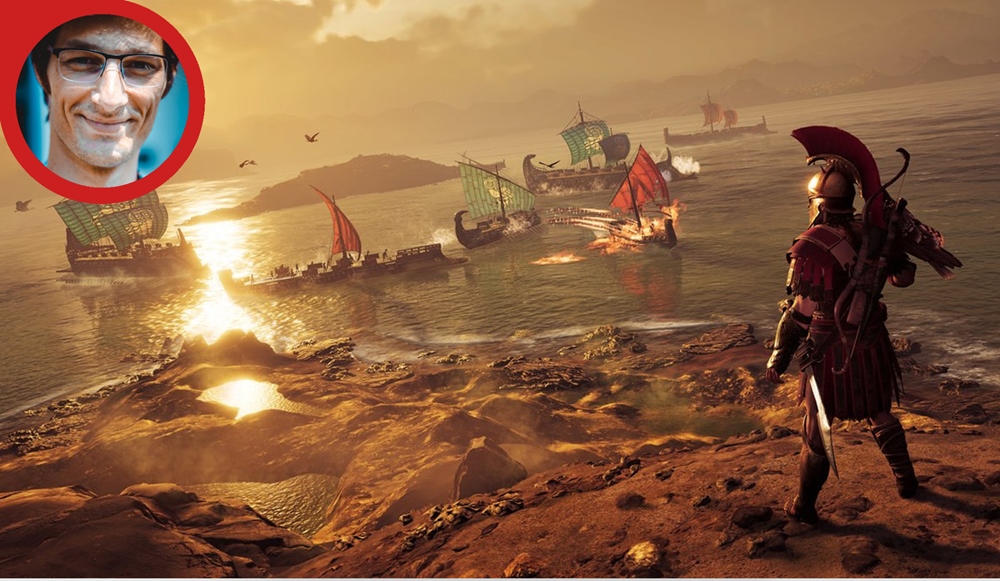 Cristian Chihaia, also known as Sickbrush, is an art director from Ubisoft working on Assassin's Creed and Ghost Recon games. We have had the chance to talk with him at the Game Access conference in Czech republic about his work on these games, his hobby of tabletop games, and his opinion on photorealism in video games.

Could you briefly tell our readers what’s the job of art director during the game development?

By definition I guess the job of the art director is to help establish the vision of the game and imagine what the game will look like and go from the large aspects of the game onto the smaller and smaller details. So I guess the art director has to be the defender of quality - it's your responsibility to make sure that everything looks well. That’s in a way what we do.

As an art director and mainly as an art editor on Assassin's Creed games, do you visit the places, that you want to incorporate in the game? How does it look like, when you’re traveling there?

Was the art direction in the last two Assassin’s Creed games restricted by historical facts? Were you able to incorporate any fictional elements into the game?

With the Assassin’s Creed games - especially the last two - there is a very fine balance between historical accuracy and creative freedom and we do our best to serve the historical reality and also find spaces where we can be a little bit more creative between that. For example Origins has Discovery tour - which is basically a history lesson in Egypt - and we are starting to see that being used in schools and museums to talk about Egypt; so that's an amazing achievement. But even if we have that strong research and that strong reality, we still have the ability to find some space to be creative. 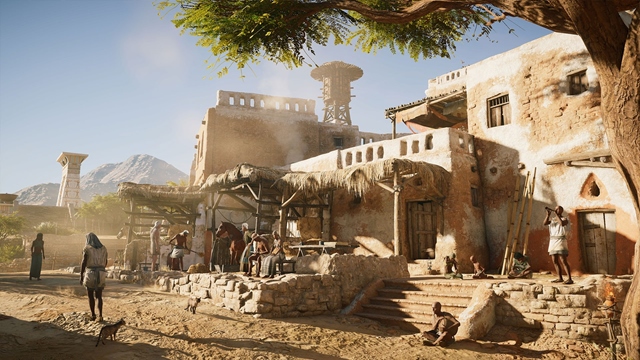 Considering the popularity of Discovery Tour mode in Origins, did you focus on this educational quality when you were developing Odyssey?

Not really. I mean, we have the same process anyway. I think it's very interesting to see that’s happened with Origins, but that just happened very naturally because the game was developed that way; there was a lot of research, a lot of talking to historians, specialists on that time. For example, it's very impressive that all the hieroglyphs on the walls in Egypt actually mean something, they tell stories so they can be translated. So that's really cool.

What’s your view on the evolution of art direction in AC games from the first one to the last one?

I wasn't there for the first ones but I can imagine it's very similar. I mean, now the games are bigger so I guess that's an additional challenge and with the current generation of consoles and PC there's a lot more things to consider and a lot more things to put into the game; but that's a good thing, so it's really interesting to see that develop. But as a process at its very core it’s similar. I mean, it's the same process pretty much, just on a bigger scale, I guess.

Which geographical setting or time period would interest you the most as an art director for your next game?

For Assassin's Creed I don't have any answer to that question. I can't really answer, because any answer I give will become speculation. For a random project or something like that, I would like to do something fantasy, maybe some crazy Wizards, an RPG.

I think it would be Interesting to maybe do some high fantasy or something like that. But I had the opportunity to do this in my free time for tabletop, so I got to scratch that itch of doing fantasy at home for board games and card games and stuff like that, so it's still okay.

Do you work on tabletop and card games as a hobby or would you like to move to this field from video games?

It is something that I did just because I love that and I like the games, I like playing them, I like having them on my shelves at home, so it's very nice to do that physical type of [work], it’s really different - you have to adapt to the idea that it will be printed and it's a different mentality for painting, so it's very interesting. But yeah, it’s more like a hobby and it’s just something that I do to relax. 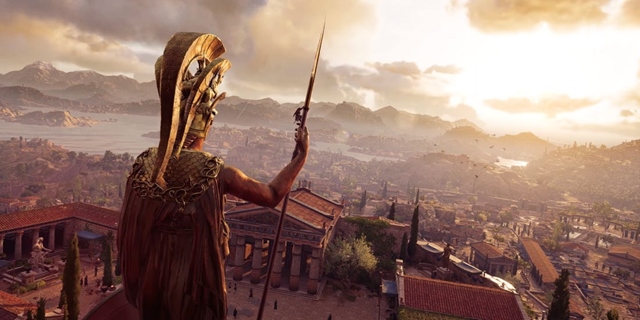 Before Assassin’s Creed you worked on Ghost Recon Wildlands, which turned out to be quite different from its predecessors. Did it influence your work on the game?

For me, that was my first project in Ubisoft so I was very new to that, but it was a very fun project. I still remember it was very nice. Bolivia is such an interesting country it's very colorful it's a country of contrasts so from the arts point of view it was so fun to do that as a concept artist. I had a really good time. So I don’t know if that answers your question or not. I don't have a point of comparison directly, but it was really cool.

Are there any games that you find interesting in terms of art direction?

Yeah, absolutely, there’s a lot of them that I enjoy. Games like Bastion, Transistor, BioShock Infinite - there’s quite a lot that I enjoy visually - Dishonored, both of the games were really interesting. I like those games that have a very strong visual direction and you can feel it when you play the game and there's of course all the Blizzard games that are very famous for that - they have a very unique art direction - so I really enjoy playing them and just observing, analyzing and learning from them as well.

Well, it's not a battle but it's always a balance that you have to strike between what you want to achieve in the game and what can actually be done. I think we have a very amazing team of technical artists and programmers who are always able to push those limits. Even in the same generation of consoles we could see progress in what we were able to put in the game visually. You really try to put as much as possible and push that limit and we will see in the future what happens. 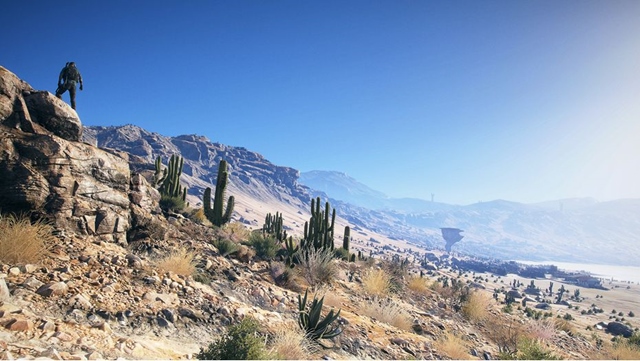 What’s your opinion on the current trend of photorealism in video games?

I think it's going to be just like any other trends. I think we are very close to the apex right now because the games are very realistic, so I think that that's still going happen for a number of years and then probably people will move back to more stylization or a different approaches. We will see. Something I like a lot about the market of games is that there are so many different visual styles that work and they are all successful; so that's really cool, because it's not like today only photorealistic games are successful - that's not true - you have League of Legends, you have MOBA-like games, you have the Blizzard stuff, you have so many different type of visual genres and that's really cool, that they're all successful together.

What do you personally expect from the next generation of hardware? Do you consider cloud streaming to be the future of gaming?

I think it's really difficult to tell at this point; we will have to see. I know it's an emerging solution and it's definitely caught the attention of people. I don't know how it's going to develop; we will have to wait and see. But it’s a very interesting technology for sure. I don't know if that's the future but it's definitely very interesting. With the next generation of consoles and hardware I can only imagine that we’ll be able to do even more [with it], so it will most likely be very powerful; I think maybe they will bridge more of the gap between consoles and PC in the future, we’ll see.

Are there currently any technologies that significantly improve your work on art or visual aspects of the games - for example raytracing?

The technology has evolved so much and we are trying to make use of everything that's available, because we want to be able to tell very big stories and in order to be able to do that, you need to really take advantage of everything that you have available. I believe that it's a very good time to do art for games, because you are able to do some things that 10 years ago were thought to be impossible; so if this continues, then 10 years from now we will be doing things that we think are impossible now, so it’s a constant evolution.