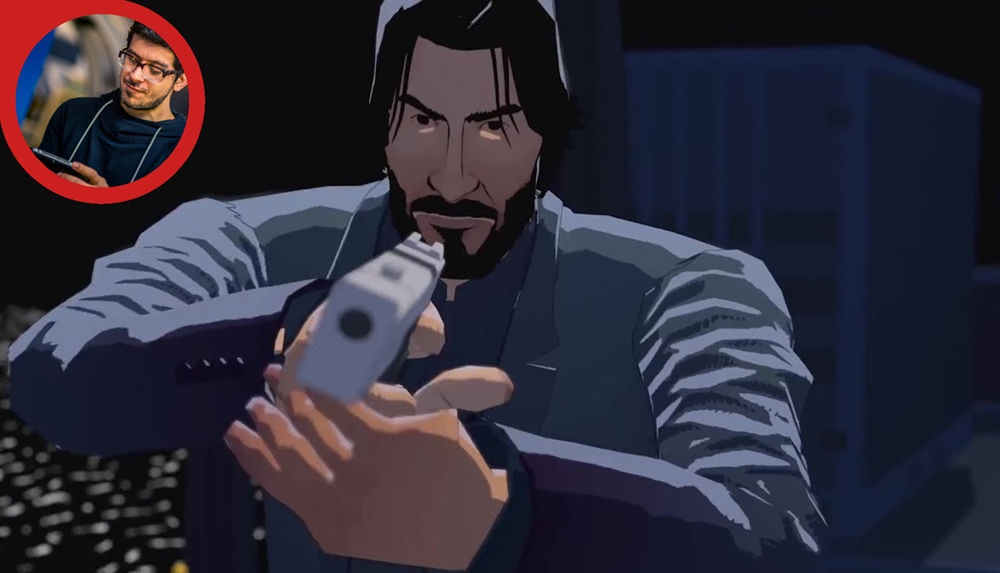 Note: You can find the original version of this article in Slovak at www.sector.sk

When you think of John Wick, a couple of things come to mind: The tragic loss of a wife, the dog, the pencil and some of the most impressive fight choreography in modern action films. No wonder fans wanted to have a John Wick experience in a game, but Bithell Games came with a much different approach than one might expect. Instead of giving players an opportunity to run around and decimate enemies in fast 1st person action, they introduced a strategy game that will teach you how to think like John Wick. John Wick Hex is also one of the rare cases when film producers actually wanted to participate on a licenced game. At Gamescom we’ve had the opportunity to talk to the game’s producer Ben Andac about why they’ve chosen this approach and what’s it like to develop a licensed game with the help of Hollywood creatives and stunt teams.

Many people associate John Wick with really fast paced action. So why did you choose a more tactical approach for this game?

For us, what was important was giving players the opportunity to think like John Wick. If you had a game like a 3rd person or 1st person action game – I don’t know about you, but I’m a bit clumsy with those games. I’d be kind of straight shooting and kind of running around – and it sounds really cool and it would look really cool, but you wouldn’t really be playing like John Wick. So we wanted to give everybody the opportunity that’s going to play this game - regardless of their skill level - to kind of be able to think and take their time, and that’s why even though there’s a timeline strategy element and time moves when you moves, it’s not turn-based and you’re not waiting - John doesn’t wait for his turn - it gives people the opportunity to understand the thinking behind the movies and the fight choreography of the movies as well as really feel like they’re John Wick. So that’s our hope, that’s our mission and that’s why we chose this particular type of game. 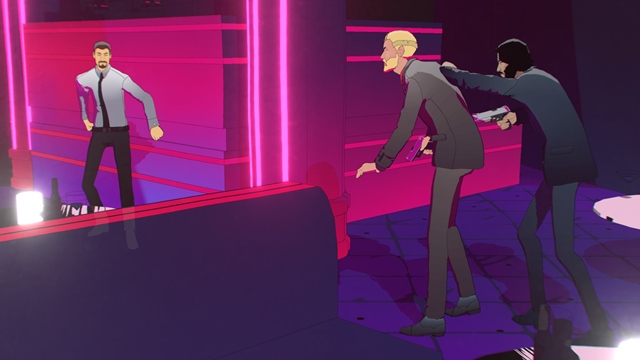 What is the process of working on such a well-known film label?

The process was really interesting. Traditionally, working on a licensed game in the games industry, historically, has always been a bit difficult. It’s always a kind of afterthought, at least from the license holder’s side. I’ve worked on licensed stuff before, many years ago when I was earlier in my career – you would be getting a bible and [they’d] be like, ‘these are all the things that you do, we don’t want to hear from you until a month before the film’s out and you need to be ready with the game’ and that’s it.

We were really fortunate in that Lionsgate and the filmmakers at Thunder Road, the producers of John Wick - Basil [Iwanyk] and Erica Lee and Chad [Stahelski] the director were really collaborative and open. They understood what we were doing, they had a really kind of ‘indie’ attitude to what they did with John Wick 1, and 2 extended it to a franchise, and they saw that we have that similar approach. They were really interested in what we were doing. They gave us guidance on the tone and the theme of John Wick, but they understood that we were the experts in the game space, so they trusted our decisions, but they always had some really valuable feedback. And the example we like to give is, really early on we went to a presentation with all the executives at Lionsgate and we met with Jason Constantine who is the executive producer at Lionsgate of the Saw franchise. We presented the game to him and at the time really early on we actually did have the turn-based system. And he saw it and he was like, ‘This looks really cool and we trust what you’re doing, it’s great, but John Wick doesn’t wait. Why is he waiting for characters to move and then shoots them?’ And I’m like, ‘Oh, but that’s how strategy games work.’ And we actually went to Youtube and got videos of other strategy games and were like, ‘That’s how it works.’ And as we were doing it, we thought, ‘Well, this is stupid. What are we doing? We are idiots.’ So they didn’t tell us what to do, but they gave us really valuable feedback in terms of what is true to the franchise. And that really helped us. And from that point on, we had a really clear sense of what we wanted to do.

What are the perks and limitations of developing a game based on a movie?

The perks are obviously you get to go to Hollywood and meet with famous people -simply the opportunity to be in that room with those people. Usually you don’t get to interact with the other creatives and the talent when you’re working on this kind of licensed project. The access to those people, the access to the stunt team at 87Eleven was wonderful. We got to speak with them and understand the language of stunt work and fight choreography. And we sometimes describe this game as kind of fight choreography chess, so that was really a perk for us.

Downside is the same as any downside (sic), which is straining through the process of making a game as it is. It’s a constant exercise and questioning and challenging yourself in terms of what you’re doing, whether you’re making the right decisions, which is very difficult. It’s hard to say what’s the downside from the license perspective, because really everything people would normally consider to be a downside in licensed games, we didn’t experience in this project. I know that’s the thing expected to be said, but it’s genuinely true and I think it shines through in this game. When you talk to the people that we’ve worked with and we’ve had the ‘behind the scenes’ access [to], and [you watch] the videos that we’ve released of working with the stunt team, I think you see that collaboration is actually genuine.  So yeah, outside of the normal downsides of going through a developing process, I wouldn’t say there were any particular license downsides. 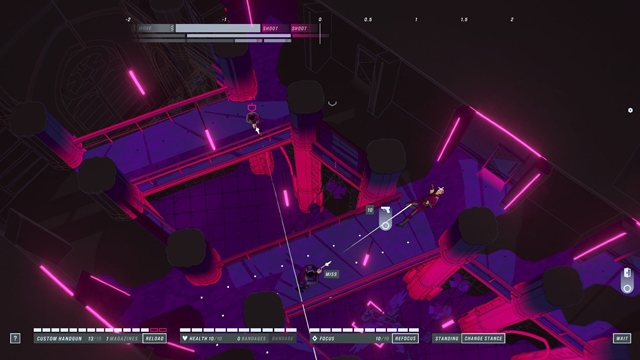 John Wick’s iconic fighting style usually utilizes handguns or even everyday objects. Will we see any other weapons in the game?

Yeah, absolutely. At the time we started making the game we had read the script for John Wick 3, but we haven’t seen the movie yet, it wasn’t out. But at the time we had access to John Wick’s Chapters 1 and 2 and we used them almost like let’s play videos, so anything that you could kind of see happen, you should be able to do that in the game and that includes the 3 gun techniques – so you’ve got handguns, assault rifles, shotgun. So absolutely, yeah.

We’ve seen John Wick’s story across 3 films. Now, what can you tell us about the story in your game?

What I can say is that we worked with the team at Lionsgate and the filmmakers to make sure that tonally and thematically it was all consistent. We not only had access to the director and writer but also to the TV show writers - because they’re making a John Wick TV show as well. So we were all together in a room and talking about ideas and what we wanted to explore. This story that we’ve written is an original story, so it takes place before the movies - so it’s before Helen, before the dog, before the events in the first movie. It’s when John was at the height of his fame as Baba Yaga, still in that industry.

Apart from John Wick, are there any other characters from the movies that will have cameos in the game?

You will see Winston and Charon played by Ian McShane and Lance Reddick respectively, [who] are characters in the game. [There are] definitely the characters you would expect to see as well as some new faces.

Will you show us something new that we haven't seen in the movies yet?

You’ll definitely see something new. We’re being true to the core or heart of John Wick in terms of the style of it, but we are exploring different locations and you’ll certainly see some new stuff.