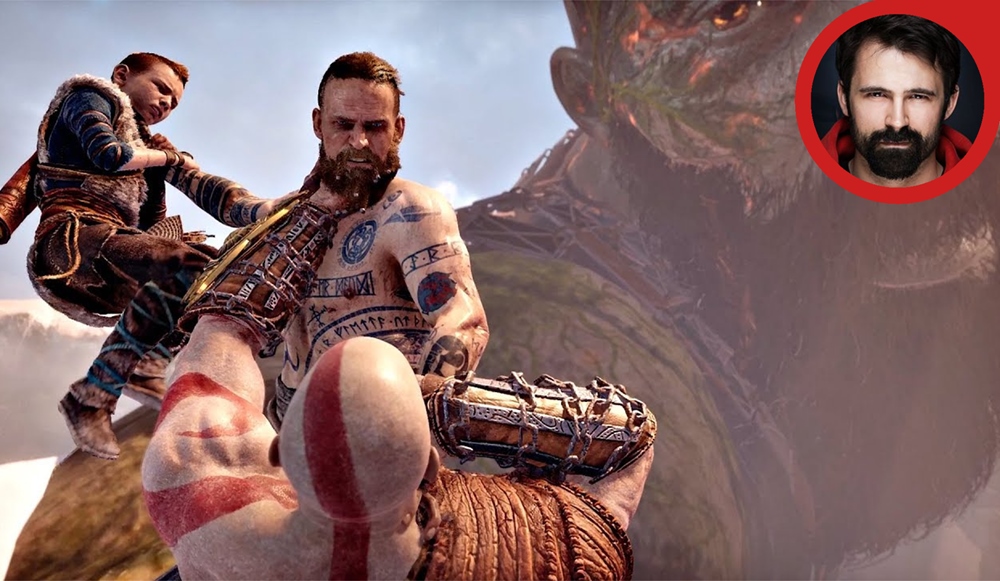 Eric Jacobus is a stuntman and action director for movies and games. He co-founded a company called SuperAlloy Interactive which does action design for interactive media.

How did you first get into stunt work and specifically into the video game industry?

I had a passion for making action and comedy ever since my childhood years of watching Vaudeville movies, Pink Panther films, and Hong Kong action flicks. Being from a small town at the top of California, I had no hopes of even attending auditions in Hollywood to actually become a stuntman in action films, so in the year 2000 we copied the Hong Kong filmmaking model, with some inspiration from the show Jackass, and made low budget action films to show off our skills in the way we wanted. I also knew web development and computer programming, so I could make us a popular website back then, before YouTube, and host these videos.

I eventually got what I wanted and worked doing some stunts in Hollywood, but it was much more confined than in indie filmmaking. The filmmakers usually didn’t understand how to shoot or edit action, and they didn’t want an amateur stuntman chiming in. But then when action previsualization (previz) started being used to prep action scenes in shows and films, they realized from my years of filmmaking that I could shoot and edit. But after doing previz for a few years, I noticed that we rarely saw our previz ideas come to life in the final product. I previzzed a great knife fight for the rooftop scene in A Good Day to Die Hard, which JJ Perry and Chad Stahelski brought me onto. But in the final film, instead of fighting on the rooftop, a helicopter blows the building up.

So I took a break and focused on martial art training, and for a fun idea I thought I’d try copying Tekken moves in my garage and play them side by side with the actual game. I did 30-something characters like this and it went viral. The God of War team called me up and said, “We saw your Tekken IRL videos. You know how to move like a video game character. Why don’t you try coming in and auditioning for Kratos?” So I went in, applied everything I knew from all the work I had done in Tekken IRL, and learned motion capture from the ground up in God of War. I took that knowledge, combined it with my tech and filmmaking knowledge, bought my own motion capture system, and co-founded SuperAlloy Interactive in 2018. 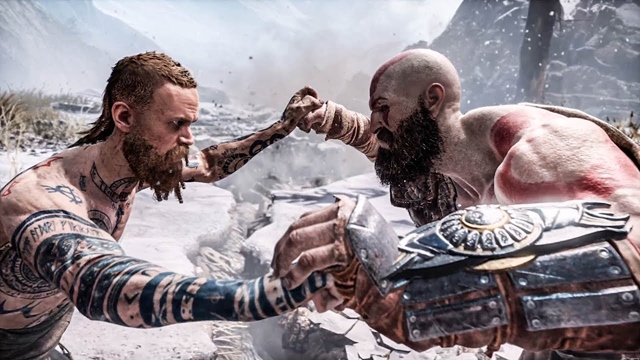 What is the role of a stuntman in game development? Why do we need both actors and stuntmen in motion capture?

In live action, filmmakers have to use creative editing or camerawork to hide the stuntman’s face. Facial replacement in Gemini Man is an expensive resolution to this, but there’s always a chance you sacrifice the aesthetic of the action scene to hide the stunt double. Training the actor like they do in John Wick is a huge time investment and most actors aren’t able to commit to that. That’s a common bottleneck with film and action.

In games, there’s much more freedom because the characters are computer-generated. A stuntman can be the body, a facial actor can be the head, a voice actor is the voice, and a model can be the 3D scan. Sometimes you’ll even have multiple stuntmen for one character depending on the requirements, or stuntmen will play multiple characters. I did 8 in-game characters for Mortal Kombat 11 and a ton of different bits of the cinematics.

This allows for much more freedom for the game developer. You don’t have to shoot around your stunt double. It can look totally seamless. You can also fix performance issues. For example, if you need to stomp on someone’s head, this is a pretty difficult gag to achieve on film. Usually they just cut away. In games, they can film the victim reacting, and the attacker can stand 10 feet away and mash his foot on a pad. Put the two together and it looks like they happened in the same space. It’s awesome stuff… though maybe that’s why games are so much more violent than movies – because they can be!

What are the differences between working on stunts for a film and a video game?

When it comes to game cinematics, working on a video game is a lot like working on a film. The difference is there may not be a camera, which can be a problem for a stunt performer. Some moves look good from some angles and bad from others. On a film shoot I can easily see where camera is, so I know where my attack lines are. But on a mocap shoot, if there’s no virtual camera, then I have to ask the director where it will be so I can play to that angle.

You’ve been working on many different projects over the years. Is it difficult to combine your work on games, films, choreography and other projects? How do you balance that?

It’s like speaking another language or changing 3D modeling software. You code switch, like going into a different mode, and you’re ready to do anything. Wearing multiple hats on the same project is where it gets difficult. Being both performer and choreographer is a particular challenge. 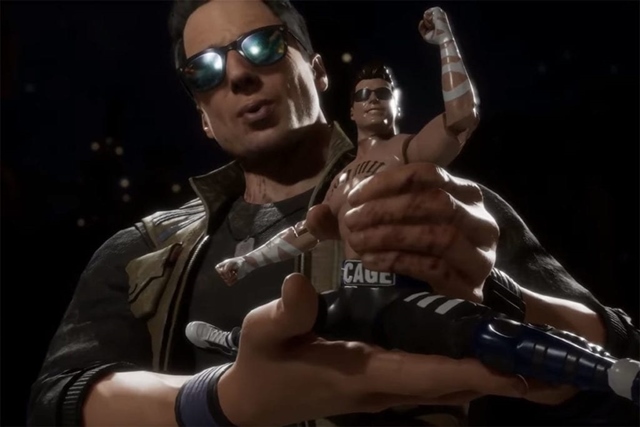 You've worked on many games in many different genres. Does the game genre or camera perspective affect your work in any way?

Camera is almost everything. Take in-game mocap, for example. The camera angle plays an enormous role in how a mocap performer should move. If the camera is on a profile shot, like in Mortal Kombat 11, the performer needs to extend every attack forward from his or her body so it shows on the profile shot. The director might ask the performer to strike a pose that looks good, but doesn’t feel natural, so the performer needs to find a way to get to that spot, or suggest a different idea. When doing a 3D game, the camera is probably over the right shoulder, so movements should extend outward from the body. And for non-playable characters (NPCs) like enemies, your movements will need to telegraph your moves so the player knows what attack is coming, and the telegraphs should be different for every attack. These in-game movements will be seen thousands of time for every player, so they need to be perfect and are the most scrutinized by animators.

The genre dictates all kinds of factors too – level of violence, camera style, movement style. Many action game developers don’t want the hero to use traditional martial arts but move more like a Marvel character. There’s a lot of footwork involved in these shoots. Then the martial art games developers want cool movements. It’s fun bringing strange ideas to these, because you can make almost any kind of movement work if your body sells it.

One of the most distinctive games you've worked on is God of War, where you did stunts for Kratos and Baldur. Both characters have several battles in the game. How did these scenes actually take place?

I did the in-game motion capture for both, but for cinematics, I would play Baldur, and usually Chris J. would do Kratos, since they needed Baldur to be smaller. I ended up stunt coordinating a lot of these scenes too.

Some characters needed attitude, like Cage. I could easily get into the cheesy, B-movie star mindset and offer fun ideas, like old Jean Claude Van Damme moves that nobody does anymore. For Erron Black, they didn’t want martial arts, but he still needs high kicks, so I’d throw them badly, with awkward body movements and all that. A character like Kollector is a unique challenge because you’re coordinating with extra sets of arms that don’t exist during the mocap shoot. The most technical character I did was Raiden, who was also the first one I captured. At one point they asked me if I could spin a staff around, and I said “Yeah, sure.” I’m actually terrible at staff, but I had to fake it till I made it.

What always helped in portraying these characters was understanding their story. Cage was washed up, Kano is a drunk. You can infuse these character traits into your movements and suggest a lot of ideas to the team if you just know what’s happening behind the scenes.

You are also known for the Tekken IRL video series on Youtube. Are you a fan of Tekken? Why did you actually decide to demonstrate these moves from Tekken?

Tekken was the first game where gamers really felt like we were doing a variety of martial arts. It was so much more accessible than Virtua Fighter. Most of America only knew Capoeira from Only the Strong but Tekken 3 changed that. I dumped a lot of quarters into that game. I was never any good at it though, so I stuck to doing their moves in my garage.

Originally the idea to do Tekken IRL came from trying to find some new kicks for my Kicktionary video, which is a 200+ kick demonstration with a title for every kick. For part 2 I looked to Tekken for ideas, and then thought, “Why not just try doing an entire character?” The first one I did was Hwoarang, but I soon realized that Hwoarang, and all Tekken characters, stands with his left foot forward in orthodox stance. I fight in southpaw (“goofy”) stance, with my right foot forward. I spin left for kicks, but all Tekken characters spin right. I could’ve just stayed in my comfort zone but I decided to re-learn all my kicks on my bad leg and spin on my bad side. It was an awesome training exercise.

Which character’s movelist was you favorite?

As a professional stuntman and martial artist, what’s your opinion on fighting games produced nowadays? Do you think the games could be improved in any way?

Game developers should train some fighting style when making fighting games. It will bridge their motor systems with their mirror neuron system, which not only helps them do the moves better, but it will allow them to see the movements better too. If you box for a year, without realizing it, you’ll be able to read most people’s movements when sparring. You can tell a jab from a cross before the opponent even throws a punch simply because you’ve done them yourself thousands of times. Now, as an animator or game developer, there’s no need to master a martial art just to make an action game, but any amount of doing will help one perceive and animate, or direct animators, better.

Do you plan to continue working on games? Can you name any favorite game that you would like to work on?

I’m working full-time on games these days with my company SuperAlloy Interactive. We recently did a game for Jacob Dzwinel which will be distributed by Humble Bundle. You can see a video of our work here.

A game I’d love to work on… Tekken, for sure.

Thanks for the interview.