Crysis Remastered is one of the most anticipated, but also the most controversial remasters of this year. The iconic action game pushed the technological boundaries back in 2007 and its graphics looks good even today. However, the enthusiasm of the fans after the announcement was replaced by disappointment, which came with a detailed presentation. Only the Switch version was released in June, and Crytek postponed the other versions to bring them closer to the expectations of the fans. Now, with the release of Crysis Remastered on PC, Xbox One, and PS4, we have had the opportunity to briefly discuss with Jens Schäfer, who is the head communication at Crytek.

How long have you been working on Crysis Remastered?

The project started in June 2019 and we developed the game in 14 months.

Why did you decide to release the game right now and not wait for the arrival of new consoles?

Our ray tracing solution is hardware and API agnostic and our other graphic innovation work well on current gen hardware. They benefit from more advanced architecture and APIs, but we are ready for the future now, so we decided to not let fans wait any longer. 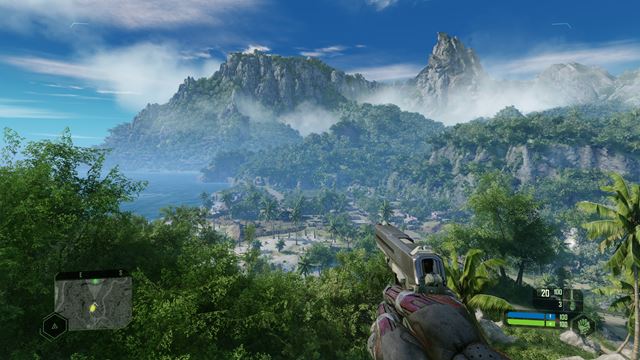 What can we expect from Crysis Remastered?

Crysis Remastered will bring back the singleplayer campaign of Crysis with well-advanced modern graphics- and convenience features. The Nanosuit powers will be the same as in the original game and for Crysis Remastered we will use the improved controls of the previously release console version.

Crysis multiplayer was considered unique and something like this is missing in the market today. Do you plan to revive it as well?

Crysis Remastered will focus on the single player campaign. The multiplayer mode will not be included.

Will you make any changes to the gameplay?

We have added new controls to the game. But the player is always able via options to switch back to the old controls from 2007.

Technologically Crysis was ahead of its time and still looks very good even today. What graphic updates can we expect from the remastered game?

Crysis Remastered will feature ray traced reflections and we are currently evaluating the addition of diffuse GI and ray traced shadows. We aim to have ray tracing functionality on all supported platforms besides of the Nintendo Switch but the final result will depend on a variety of factors, among others GPU capability. Also, We have improved the textures to 4K/8K. Of course you would not need a 4K texture update on any small leaf on the ground. It’s also worth to mention that the Nanosuit itself will get an 8K texture update!

Do you still plan to get the most out of your high-end PC on Ultra settings?

CRYENGINE’s software based ray tracing solution runs on contemporary GPUs and does not require specialized hardware like RTX/DXR. It is built as an extension to our Sparse Voxel Octree global illumination solution and supports full control over the amount of detail obtained via ray tracing triangles and voxel sampling. Furthermore it is completely customizable with respect to the data layout and the embedded payloads and its performance characteristics can be tightly controlled for each use case. That means a wide range of modern graphic cards from NVIDIA and AMD can play Crysis Remastered with ray tracing.

On the other hand, the game got released on the Nintendo Switch. What compromises did you have to make with this version?

We needed to reduce reflections of SVOGI and integrated modified version of Motion Blur. At the end we have implemented all features including Gyro Aiming to have a visual great experience on the Nintendo Switch.

When Tim Willits from Saber Interactive wrote about Crysis on Twitter, he mentioned “the Remasters” and “to bring these games”. So does that mean we will see more Crysis games remastered?

We don’t have anything to disclose about this right now.