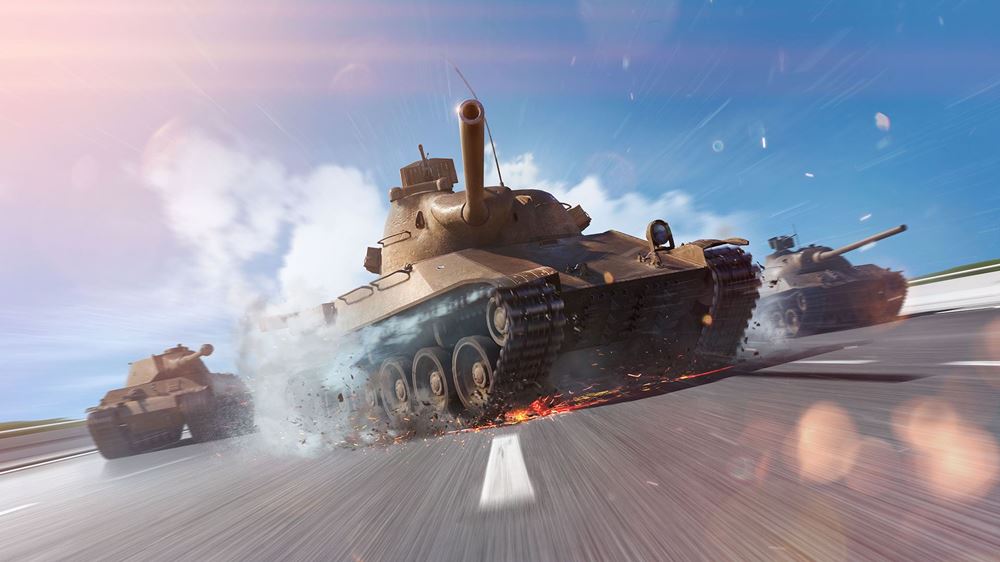 Aleksander Filippov has worked in the gaming industry since 2007, beginning his career as a game designer. In 2015, he joined Wargaming for the World of Tanks Blitz project, where he worked on a wide range of tasks: from monetization to ratings and tournaments, training systems and quests to clans and matchmaking. In 2017, Alexander took the responsibility to lead the analytics department of World of Tanks Blitz, as well as various game design tasks. We had an opportunity to talk with him about recent update 7.7 and new Czechoslovak branch.

The Czechoslovak branch is already well known from the PC version of World of Tanks. What did you keep in Blitz and what did you change? For example, are there the same premium tanks in Blitz as in the PC WoT?

Czechoslovakian tanks do not form a separate nation but are included in the European tree along with the tanks of other nations: Italy, Sweden, there are also several Polish tanks and one Finnish in it.

If we talk about the differences in gameplay, we can note that in World of Tanks Blitz Czechoslovakian tanks have slightly more armor and less mobility. As for the gun, we have kept the same gameplay as in PC tanks: X tier has 4 shells in the drum that fire very quickly, IX tier has 3 shells (the speed of implementation is about the same as in World of Tanks PC), this is also a fairly fast drum. The armor of these tanks is not super strong, although it is slightly higher than in the PC version, but still it is not enough to tank head-on. In this regard, you need to play Czechoslovakian tanks rather carefully, because the breaks during a full reload of the drum are quite long, which means that after you have discharged the entire drum, you need to wait a while.

Do you keep the same mechanics of CS tanks in Blitz?

The mechanics of playing Czechoslovakian tanks in World of Tanks Blitz and World of Tanks on PC are similar. Quick implementation of 3-4 shells, followed by a long pause, then the entire drum is discharged again. It should be noted that the weapon of these vehicles is quite accurate.

The main difference in the gameplay is not due to certain settings, but due to the fact that the maps in World of Tanks Blitz and Tanks on PC are different - in Blitz they are 4 times smaller in size. In PC tanks, during the reload time, you can research half a map, but in our game this will not work - the map is small, and therefore the reload time is more dangerous for the player. 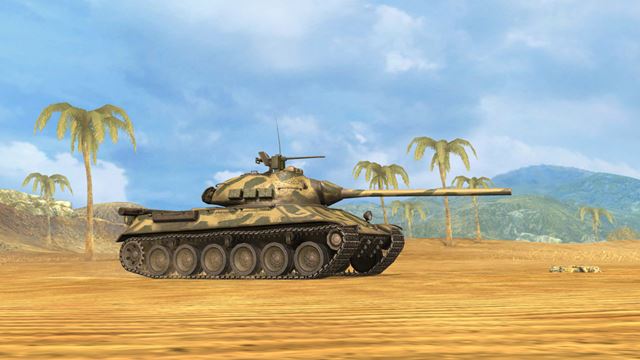 Where did you get information about these tanks?

Since the tanks of this branch came to us from the PC version, they all had real prototypes. Some of them were implemented, some were not, because they were trial versions of the Czechoslovakian military industry. Of course, our historical consultants helped us in the development, they found all the necessary information for the creation of the Czechoslovakian branch in World of Tanks PC. We also used this information in our game.

Have you also collaborated with Czech and Slovak military historians?

Back in 2014, our historical consultants, collecting information for World of Tanks PC, collaborated with archives and museums. We used ready-made materials for our game.

What was the feedback on these tanks during development of this branch?

We conduct special super tests and collect feedback after them. The players highly appreciated the capabilities of the tanks, including their ability to inflict damage. Testing took place in several stages, and each of them had a different feedback. For example, our testers appreciated the rather interesting mechanics of Czechoslovakian tanks - an automatic loader, the use of which requires certain skills. This is a kind of challenge that must be passed in order to use all their advantages. In addition, it was emphasized that this technique requires calm play and concentration.

How popular is WoTB in Slovakia?

World of Tanks Blitz in Slovakia has been downloaded 450,000 times. If we proceed from the fact that there are over 2.6 million men in the country, and our game is more popular among the male audience, then we can talk about 17% penetration into our target audience. 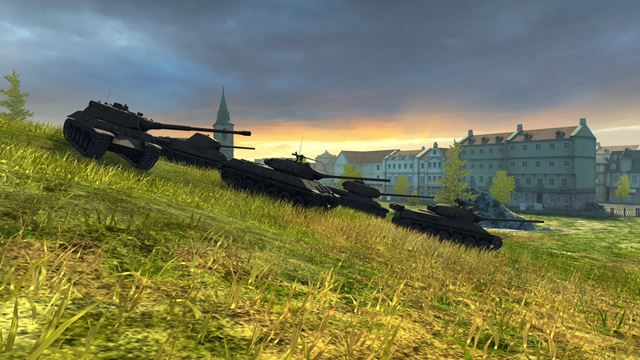 What other new features did you bring with update 7.7?

In addition to the Czechoslovakian tanks, update 7.7 includes a new operation "Koloseum", which started on March 1.

Also, in order to make the game more interesting to play for newcomers, we introduced a "Special Mission" - for completing it you can get a good American premium T6E1 IV tier tank. The main audience were offered to participate in the “Assemble” event, in which you can earn badges of excellence and exchange them for the M4-A2 Sherman Loza tank.

In addition, with this update we have made some serious headway in the future and have begun the transition to a more advanced sound engine Wwise. Already at this stage, it became available for some devices, over time, others will be transferred to it. So far, there are practically no changes in the sound plan, but in the future we will update all game audio, this will become the basis for improving the component of the game.

What are your plans for the future of World of Tanks Blitz?

The main thing that we understand today is that despite the fact that our game is able to please players with a bright and interesting gameplay, technology does not stand still. Therefore, we devote a lot of time to improving the atmosphere of the game and make large-scale plans for how to bring it to a new level that meets the standards of AAA projects.

Yes, maybe we don't have new modes every month, but we make the game as accessible and atmospheric as possible, using modern technologies for this.

From what has already been implemented and will be implemented in the near future, we can list the following: we got feedback after a shot, and we also get feedback after other combat events - starting a movement, hitting an enemy, etc. This is one of the main areas that we are going to develop this year. We will also carry out balancing edits for Tier 5-8 vehicles. The game will have a new branch of tanks, as well as new collectible and premium vehicles. We will delight the players with fun modes - we will carry out some improvements in the existing ones and would like to release at least one new mode. 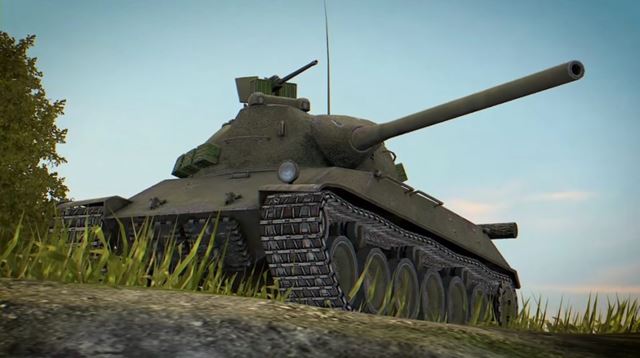 How do you decide which nation to add to the game? How does this process work - from idea to development?

We proceed with two factors: the existing prototypes in a particular nation, as well as the uniqueness of the gameplay on this technique. We are looking at what nations already exist in World of Tanks PC - after all, it is much easier when historical consultants have already done some work, assembled some prototypes. And when we have a list in our hands, we choose those nations whose technology provides a unique gameplay. And if it is possible to implement this gameplay in our game, then we proceed to development. An example of such an implementation is pump drums in the Italian branch or a drum cannon in heavy Swedish tanks.

The second important point is the filling of the future branch. We always want nations to be completed. For example, the Japanese nation consisted of only one branch, and many Japanese players, entering the game, chose it, but in the end they could not completely enjoy the entire gameplay, they had to switch to another nation. This is not very good for players. Or another example: players from Europe often choose the European branch. At the very beginning, there were only Italian medium tanks, of course, the players wanted heavy tanks and tank destroyers in this branch as well. Therefore, we added a branch of Swedish vehicles led by Kranvagn to it, and recently we added Czechoslovakian medium tanks. So now the branch looks full - and this, let me remind you, is a very important criterion.

How did the covid pandemic affect your work on the game?

Most of the employees work remotely. However, some still come to the office.

There are pros and cons to working remotely. The main disadvantage is the reduction of informal communication, which is very important for a healthy work environment and generation of ideas. But we are successfully coping with this and continue to work - as a result, an increase in the number of new features and performance indicators. A year ago, we set up the transition to remote control. Soon, we may be reconfiguring to work in the office. Although I admit that it will be more comfortable for someone to work in a remote format. We will individually approach each request.